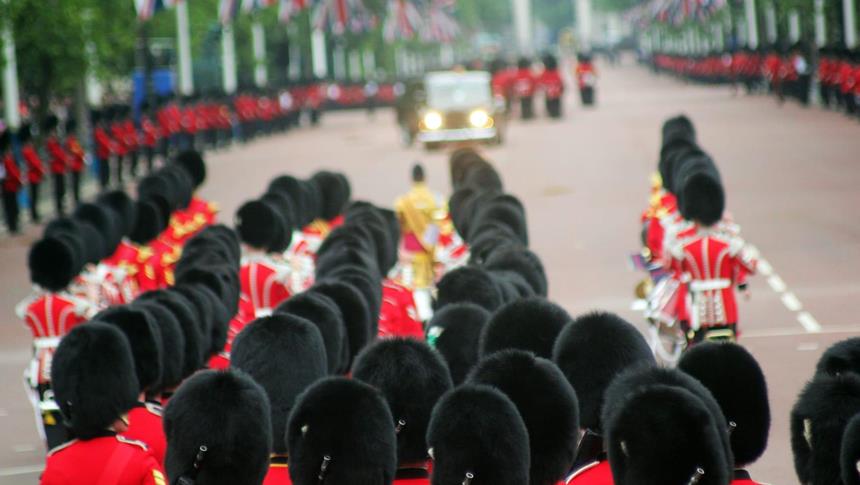 Robert Redford's Sundance Film Festival began in Salt Lake City, Utah, in 1978 and in recent years led to the creation of the Sundance Film Festival: London. This year’s festival is only the second for the city, with a wonderfully varied schedule filled with comedies, documentaries and more.

The pick of the best from Sundance 2016 will be screening at Sundance London. Highlights include Author: The JT LeRoy Story, documenting the story of a hoaxer who fooled celebrities in the late 1990s and Wiener-Dog, telling the tale of how one sausage dog touches the lives of several different people.

Harry Potter and the Cursed Child – from 7 June

From early June, the Palace Theatre on Cambridge Circus will be home to Harry Potter and the eighth story in the Harry Potter series, The Cursed Child. The stage show was first announced back in December 2013, with tickets released in late October 2015, and the preview shows are set to begin on 7 June.

One of the most anticipated West End shows in the last decade, the story is set 19 years after the Battle of Hogwarts, and predominantly follows Harry and his youngest son Albus, who is struggling under the pressure of his father’s fame. As well as the main trio and Albus, Ginny Weasley (now Potter) and Draco Malfoy have been confirmed as returning characters.

The play is split into two parts, to be seen consecutively. While standard tickets have sold out up until May 2017, you can entry the Friday Forty ticket lottery every Friday at 1pm by visiting the official website. For those unable to attend, the full script is being published in book format, set to be released on 31 July.

Every year, the Queen’s official birthday celebration is marked by the Trooping the Colour ceremony on a Saturday in June. Her Majesty’s personal troops, the Household Division, as well as the Queen herself take part in this spectacular show of British tradition.

The Queen is greeted by a Royal salute before carrying out an inspection of the troops. The bands perform the musical troop and then the escorted Regimental Colour is carried down the ranks. After the march, the Queen travels back to Buckingham Palace in a carriage, where she joins the rest of the Royal Family on the balcony for the Royal Air Force fly-past.

The parade route runs from Buckingham Palace, along The Mall to Horse Guards Parade, on to Whitehall and back again. Anyone wanting to watch the procession is best off finding a spot along The Mall. The earlier you arrive the better, as Trooping the Colour often draws a large crowd. The event kicks off at approximately 10am.

The beautiful Regent’s Park will be transformed for five days as it plays host to the spectacular Taste of London festival. There will be sampling stalls, cooking demonstrations, and the opportunity to meet some of the city’s leading chefs as well as to take part in some interactive masterclasses.

More than 40 of London’s top restaurants are taking part in this year’s festival, including Sushisamba, Bubbledogs, Rouz at Parliament Square and Cinnamon Club. You will find the likes of Monica Galetti, Daniel Doherty and Vivek Singh live in action at the AEG Taste Theatre, or you could opt to learn about smoking or vegetable growing at The Wild Kitchen.

Standard tickets are available for each day of the festival, with different time slots to choose from. Prices start at £16. VIP tickets start from £32, with several different packages available from £52 and up.

Sixteen years after the opening of the Tate Modern the gallery has received an expansion in the form of a ten-storey building which now lies behind the original power station. It will be home to additional gallery space and rooms dedicated to art interaction.

For anyone wanting to venture up to level 10 of the Tate Modern’s new building, you will be greeted by a roof terrace which offers fantastic views of St Paul’s Cathedral and other landmarks that merge to create the London skyline.

Designed by architects Herzog and de Meuron, the Tate Modern have said the new building will ‘show more artists from around the world, presenting an increasingly international view of modern and contemporary art’.

Engineering the World: Ove Arup and the Philosophy of Total Design – from 18 June

As part of their Engineering Season, the V&A Museum brings you Engineering the World: Ove Arup and the Philosophy of Total Design. This exhibition documents the career of influential engineer, Ove Arup, whose projects ranged from the London Zoo Penguin Pool to the iconic Sydney Opera House.

Held in the museum’s Porter Gallery, you will find large scale prototypes, digital animations, models and much more. Previously unseen archive material will also be screening, highlighting Arup’s design philosophy and the idea that architecture and design could be used as tools for shaping social responsibility.

The exhibition will run until November, so you’ve got plenty of time if you are hoping to visit. Tickets cost £7.