With an unrivalled location in the historic heart of London, you will be exposed to a unique atmosphere and industry connections that follow our central position in this extraordinarily cosmopolitan city.

The area around the LCCA campus is renowned for its architecture, fashion culture, energy and diversity, in the heart of London's arts and media district, offering many exciting possibilities for further access to the capital's arts scene.

London is a central point in the world for arts and culture, and so what better place to let your creative talents flourish? All of our vibrant programmes offer you the unique opportunity to study and be inspired, whether it is by the classic architecture, national galleries, museums, and fashion boutiques, the historic buildings such as the Tower of London and Buckingham Palace, or the West End - there is something for everyone. You will also study in the same city which hosted the 2012 Olympic Games, providing a legacy of amazing facilities and a positive atmosphere that has overwhelmed the cities' communities. With the buzz surrounding the city there has never been a better time to study in London. 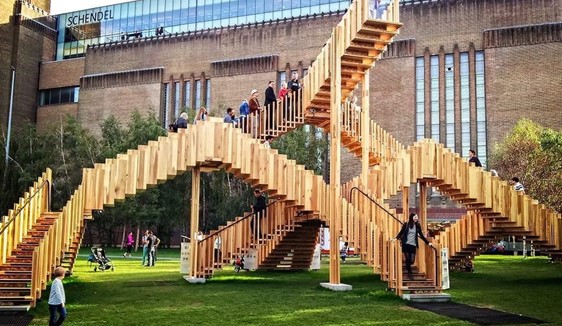 The advantages of studying in London

To live in London is to experience one of the great cities of the world. Students at LCCA benefit from our location in the centre of the capital, the hub of culture, arts, politics, government, the media, the law and the great financial institutions of the City of London. The capital also offers a scene and status unrivalled by any other city.

LCCA, is at the heart of what has been described as 'the cultural capital of the world.' London is an education. The capital is home to over 200 museums (twice as many as Paris or New York), 150 theatres, 34,000 shops, 3,000 parks and open spaces and four UNESCO World Heritage Sites (Kew Gardens, Maritime Greenwich, Tower of London and Westminster Abbey and Palace).

London plays a part in the academic life as well as the social life of being a student at LCCA. Surrounded by libraries, archives, galleries and the headquarters of the professional associations, London's students have access to an unrivalled range of cultural activities and influences.

Yet, for many students considering university in London, worries about the cost of living and studying may deter them from choosing to study here. Although it is a fact that studying in London can be more expensive than in some other parts of the UK, the true picture is often exaggerated.

According to the NatWest Student Living Index (2010), London is the most cost-effective city in which to study in the UK. The research analysed weekly expenditure including rent and living costs against earnings from part-time work. The results found that hard-working and resourceful London students are earning, on average, a massive £5,024 per year - a substantial £167.48 per week.

Above all, when it comes to entering the careers market, London graduates start with a real advantage, with so many of the country's leading employers in the worlds of law, finance, business, media and communications on their doorstep.

In many respects London need not be any no more expensive for students than any other university town or city. Many of London’s attractions are free: libraries, galleries, museums, parks and street markets are everywhere. With a little money to spend you have the pick of theatre, cinema, opera, ballet, music, sport and nightlife and many of these attractions offer discounts for students.

The Saatchi Gallery is located in Chelsea and displays contemporary art by largely unknown local and international artists whose work has likely never been displayed before.
The gallery was opened more than 25 years ago and now attracts a whopping 1.5 million visitors annually.

The National Gallery is an iconic place located in the heart of buzzing Trafalgar Square and houses over 2,000 paintings, all of which belong to the British government. The gallery opened in 1824.

The Tate Modern is situated in the London borough of Southwark and holds the largest collection of British art, dating back to the 1900’s as well as modern pieces. The Tate features the works of Pablo Picasso, Henri Matisse, and Barbara Hepworth.

The Tate Britain is located in Millbank and features British works, both historical and contemporary.
The Tate Modern and Tate Britain are connected via a pier.

The Victoria and Albert Museum is located in Kensington and is the world’s largest museum featuring decorative arts and design, with over 2 million items. Its collections span more than 5,000 years and have objects from many of the world’s continents.

Both Serpentine galleries are located in Hyde Park and are connected via a bridge. The galleries attract more than a million visitors each year.
For almost 20 years now, the galleries have installed a pavilion, which is designed by a leading architecture firm.

This gallery is located in Whitechapel High Street and was established in 1901. It keeps the local community and their interests in mind when putting on exhibitions.
The gallery is also a huge educational hub.

This is an art museum on Somerset House located on the Strand and houses the art collection of the Courtauld Institute of Art with over 500 paintings.
The gallery is currently closed until 2020 for major refurbishments.

The photographer’s gallery was established in Convert Garden and was the first public gallery dedicated to photography. In recent years the gallery was moved to Soho. Their aim is to ensure everyone appreciates and understands the contribution of photography in society.

The Design Museum in Kensington covers a range of industrial, graphic, fashion and architectural design. In 2018, the museum won the European Museum of the Year Award.

London is well served by transport links, with many major infrastructure improvements currently in progress. Getting around the city is easy, as is travelling to and from London from the UK, Europe and the wider world, and for getting around the city. LCCA is located in Holborn at the very centre of London's creative district.

In addition to your tuition fees, you need to ensure that you have enough funds for your daily expenses in the UK.

Living and studying in the UK can be more expensive than in your home country. As a guide, we recommend you have approximately £10,000 per year. This should cover: accommodation, heating, lighting, food, clothing, books, daily travel and entertainment.