The Evolution of Fashion: 1900s 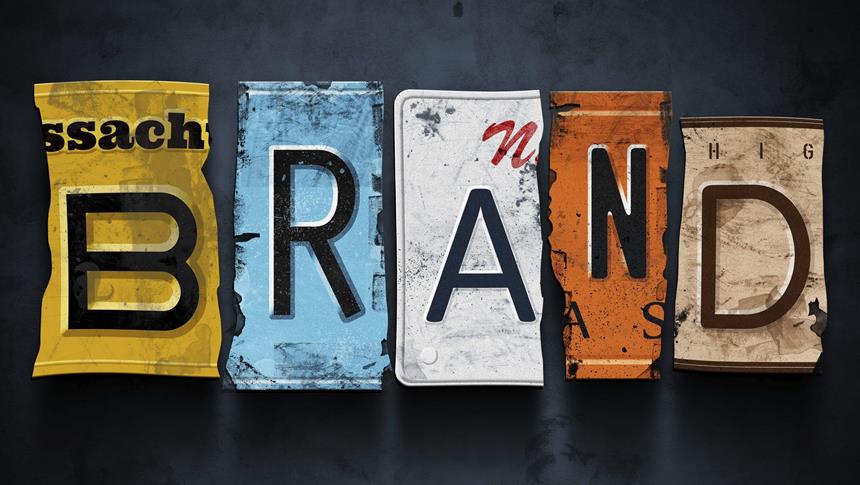 Branding is the act of creating a unique name or image for a product. This serves to distinguish the product in the marketplace, leaves a distinct impression in buyers’ minds and attracts potential new customers. Whilst most people will associate the branding process with relatively modern concepts, its origins date back many thousands of years.

Branding in its earliest form dates all the way back to around 2000BC, and was purely used to depict ownership. Farmers would brand their cattle to make them stand out from other livestock, and craftsmen would imprint symbols onto their goods to signify their origins. However, as time has progressed, branding has become a way for companies to market themselves and establish a bond of trust with potential customers.

Many ancient civilisations made use of branding in order to sell their goods to the masses. In ancient Babylon, merchants attracted buyers to purchase items such as spices, wines and rugs with a verbal sales pitch. To explain their offerings to a mostly illiterate populace, in places like ancient Egypt, Greece and Rome, they hung pictorial signs and painted their storefronts. There are markings on the walls of the ancient city of Pompeii that illustrate writing being used for advertising purposes.

More than 3,000 years ago in the Western Zhou Dynasty of China, trade fairs were held, where vendors pitched their wares using displays. It was in China that paper was to be invented, along with block printing, opening the doors to mass communication.

The Medieval Marketplace and the Sung Dynasty

In the thirteenth century, after a period of commercial decline, the trading industry began to recover. The Magna Carta brought about the deterioration of feudalism, creating a more functional and cultured society. Trade was established between the east and west, craft guilds were formed, and a middle class began to emerge. To control trade, guilds made it mandatory to brand goods with proprietary marks.

The Sung dynasty was an age of Chinese history beginning in 960 and lasting until 1279, this was a hugely rich and technological time in China. During this era, block-printing, paper money and most importantly, a moveable type of printing – with letters arranged for each new page - were created. With over 10,000 characters in their language, printing was still a long process. However these developments paved the way for a variety of early forms of branding, including printed wrappers, signboards and printed advertisements.

The Gutenberg Printing Press and the 1400s

At the start of the 15th century every English text still had to be copied by hand, an arduous process which used up much time and energy. With the emergence of a literate middle-class, came a higher demand for the written word. German businessman Johannes Gutenberg saw a gap in the market for mass-produced books, and began to experiment with printing methods.

Gutenberg utilised the typesetting technologies of Asia to create a printing press, along with metal letter moulds. His new printing system was more efficient than anything that had come before, and spread literature to the masses for the first time, propelling Europe into the Renaissance.

From then on, printed information could be easily distributed, and advertising become a popular and effective way to sell goods. The first English language advertisement, in the form of a leaflet promoting a book, appeared. Soon thereafter, great quantities of posted advertising, announcing information and promoting goods, hung all around London.

In 1625 in England the first advert appeared in a newspaper, and in 1704 the first American advertisement was published in the Boston Newsletter. These early examples of advertising were mostly simple messages, with many repeating a specific line several times. These are thought of as the predecessors to the modern-day advertising slogan.

Trademarks became standard practice in the 1700’s, as governments realised a system of regulation was needed to encourage development and to advance in science, technology and the arts. This led to the introduction of patent, trademark and copyright laws.

The industrial revolution began in England in the mid-1700s, with petrol and coal powered energy revolutionising many industries, including branding and advertising.

Industrialisation paved the way for mass production; making it possible to produce large amounts of goods in a cost-effective way. Early forms of advertising sought to spread information about products, aiming to reach not just the rich, but the rapidly emergent middle class- the new mass market. With buyers now able to choose from a wide selection of products for the first time, logos were used to not only indicate the manufacturer, but to act as a symbol of quality.

Advertising agencies began to appear in England in the 1800s, and companies used them to find increasingly new and innovative ways to reach customers. As many people did not read newspapers, other advertising tactics were used, including the use of banners on hand-held poles, people wearing placards, and umbrellas with signs on them. Companies began to promote their ‘brand names’ through attractive packaging and eye-catching slogans.

The progress of the times brought about a wave of extraordinary advances, introducing new products like the car, the vacuum cleaner and the electric iron. Advertising and branding became more successful with the rise of literacy rates, supported by the invention of typewriters. Increased use of mass media, alongside the creation of the telephone, a more effective postal system and better railways made communication over long distances easier than ever before.

At the beginning of the twentieth century, commerce and industry in the western world thrived; more people than ever before could afford to spend money on branded goods and luxury items.

Products such as Coca-Cola®, Heinz branded condiments and more expensive goods like cars were all in high demand. The desire for branded products in industrialised countries was stimulated by the continued rise of mass media. Graphic design, advertising, and marketing also encouraged this ‘consumer’ economy.

Before television became the go-to platform for advertisement and sponsorship, corporations paid for broadcasts during radio programmes. The messages used in these commercials propagated the notion that brands could bring about happiness – not only would a brand-name vacuum perform better than others, it also paid for an entertaining radio show.

With competition between brands becoming more heightened, corporations aimed to create professional and cohesive images to represent their products. There was big business in targeting specific audiences by injecting a certain ‘look’, style and personality into specific products and companies. Apple Computers’ iconic ‘1984’ television advert, inspired by the George Orwell novel of the same name, showed users breaking free of their rigid confines using the Apple branded Macintosh computer. This was an early example of a corporation selling a concept or an ideal, focusing less on the product itself. This trend became popular, with businesses beginning to focus more on long term corporate identity rather than short ad-campaigns.

Today most companies have carved out their own niche in an increasingly overcrowded market. The internet age has created a culture of instant gratification, leading to a generation of more and more demanding consumers. Companies must create adverts and logos that appeal to this type of audience, taking into account their short attention spans and often disinterested view of advertising. This has led to interactivity, viral marketing and search engine optimisation taking centre stage in the modern world of branding.

Corporate branding has expanded to include political parties, charity organisations and even personal brands for celebrities. Socialites and reality TV stars like Kim Kardashian and Paris Hilton have built empires using their own personal brands, encompassing perfume lines, books and clothing ranges.

The internet is involved in all aspects of advertising and marketing; with social media brands like YouTube and Facebook relying on their users to establish their value. The power of the internet can be demonstrated through the fact that the biggest advertising agency right now is none other than Google- the internet’s number one search engine. To ensure they do not fall behind, organisations must now ensure that they gain visibility in both the real and the online world.