Scope and Future of the Gaming Industry 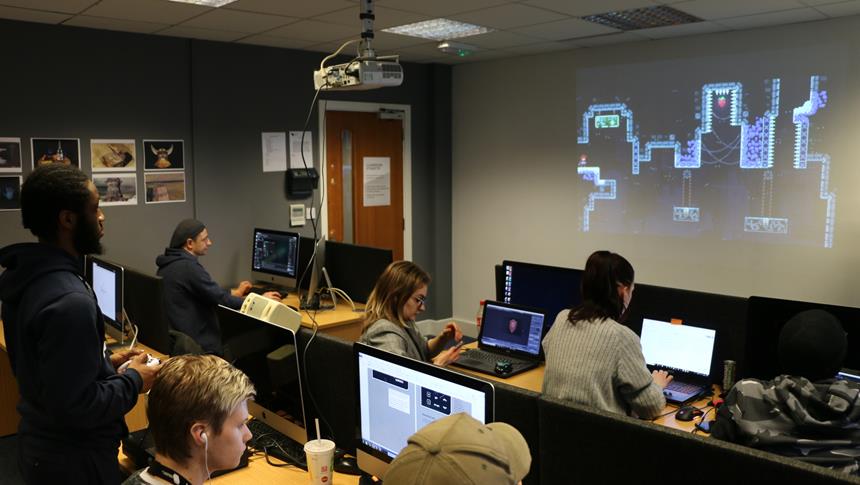 Read on to find out the various career options you can seek in the gaming industry.

G. Jung, a Swiss psychiatrist and psychoanalyst, once said, “One of the most difficult tasks men can perform, however much others may despise it, is the invention of good games.” History states that the first ever video game was developed by a physicist, William Higinbotham, in the 1950s. Today, about seven decades later, the gaming industry has become a major contributor to the global entertainment economy. This sector poses interesting and challenging opportunities for prospective employees.

Video games have seen it all, starting from arcade and single gaming consoles to making their way into our mobile phones and daily lives. If you are looking to enter the gaming industry, this article is the perfect guide to help you begin your journey.

What is the scope of the gaming industry?

The gaming industry has an array of career choices to offer. It makes up for a large segment on the employment front too. According to statistics shared by the American Gaming Association, game industry jobs provide employment to as many as 1.7 million individuals, with the employment rate growing by 62,000 jobs (on average) every year.

Jobs in the gaming industry

The gaming industry and its perks

Financial motivation can drive you ahead in life! The game development industry is known to pay well and is one of the many illustrious professions in the world. Though the salary of a game development professional varies depending on the organisation, we have come up with an estimate. So, before you step into the gaming world, here’s an overview of what your bank balance will look like.

A video game designer and an audio programmer are most likely to not have the same set of skills that are instrumental in a game. However, their worth in the market, in terms of average salary, is estimated to be around £30,000 per annum. A video game artist’s average salary is around £40,000 per annum, while that of a game producer varies from £40,000 to £80,000 depending on the success of the game. A writer’s average income also depends on the game’s success and can go up to £150,000!

It is evident that game development careers are top-notch, in terms of thrill as well as financially.

What are the personal traits required to enter the gaming industry?

The video game industry is diverse and competitive. Hence, it is important that you know the pre-requisites before you grace the gaming world. The personal attributes that will carve your path for entering the industry are:

What are the educational qualifications required for entering the gaming industry?

The stepping stone for a successful career in any industry is having the right educational qualifications. So if you want to ace this field, make sure you have the appropriate technical skills to give you a great start.

Since game development is not limited to programming, there are a variety of courses that are being offered in this domain. To help you choose the right profession, some of the major game development courses are listed below:

The above mentioned are only a few of the various degrees that will help in your quest to enter the world of video game design and development.

London College of Contemporary Arts (LCCA) offers a course in HNC/HND Computer Game Animation to help gaming fans realise their dream. So, wait no more and enrol for the course now!

This article was written by Meghdeep Patnaik and edited by Anisa Choudhary.