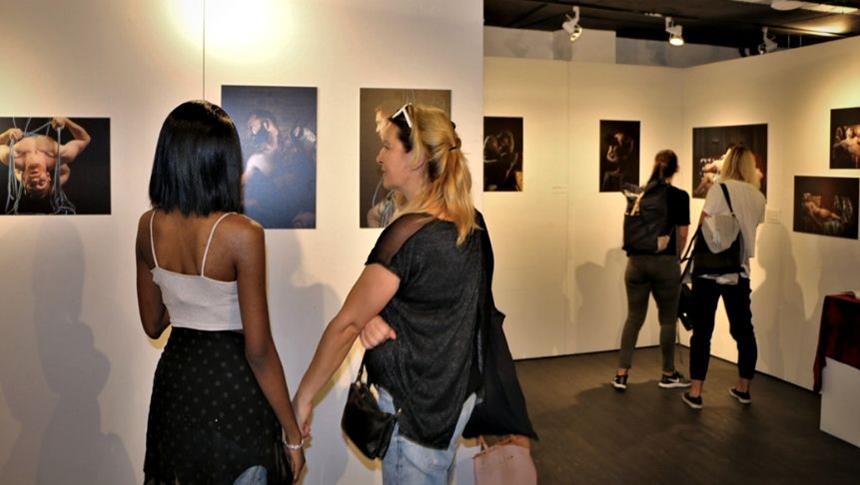 French visual artist Johan Gay held a private viewing of his photography exhibition at London College of Contemporary Arts (LCCA). The event, attended by LCCA students and staff, marked the official opening to the public, with the exhibition running for three days.

Fascinated with imagery and technology, and heavily influenced by history, Johan takes inspiration from classic paintings and reinvents them with a modern twist as “each portrait has a story behind it”.

Johan’s exhibition portrays a celebration of male beauty infused with sensuality and darkness. His controversial collection is immersed with culture and subtle CG elements.

Painting from just 15 years old, Johan followed his passion and undertook an MA in Fine Arts at Paul Valéry University of Montpellier 3. Furthering his education, Johan went onto specialise in 3D animation and has since worked on feature films including Total Recall, Kingsman 2, Jurassic World 2 and The Pirates by Aardman Animations.

His exhibition features reinterpretations of classics from Michelangelo, German painter Gustav Klimt, and Paul Cézanne, presenting them with contemporary flair.

Johan also pays tribute to Jacques-Louis David’s famous painting ‘The Death of Marat’ as he recreates the murder of the French revolutionary leader Jean-Paul Marat, explaining: “In my version, he is holding a laptop, in contrast to the original where he is holding a paper and quill pen, I like to modernise my recreations”.

Also featured in the exhibition is “The Mad King Series” – a bold selection of wounded kings: “I added the scars in digitally during post-production, I didn’t want my kings to be ‘polished’. After all, kings must have been scared at one point in their life,” said Johan.

Following on from his exhibition, LCCA also hosted a guest speaker careers event with Johan Gay, where students enjoyed a Q&A session with the artist.