While life has by no means returned to normal, things are starting to open again around the city which means there are plenty of festivities for you to explore! With Christmas just around the corner, December is one of the busiest months, so we have hand-picked a few things that aren’t to be missed. Please note, however, social distancing measures will still need to be followed and events may be cancelled or postponed as a result of government guidelines.

With so much having been put on hold this year, you may be struggling of ways to get in the festive spirit but fear not, there are still things popping up across London to keep you feeling Christmassy! Feeling peckish? Head to Winter Heights in London Bridge and indulge in a hot chocolate and fondue. Want to be dazzled? Covent Garden is filled with over 115,000 festive lights as well as a huge Christmas tree. Missing Winter Wonderland? Head south to Vauxhall’s ‘Nordic Spirit Wonderland’. In this Nordic themed pop-up, you can get snug by a fire pit, tuck into some wintery street food and enjoy a pint all below the spectacular replication of the Northern Lights.

Now in its fourth year, Tate Britain Winter Commission is an annual installation set up to bring the Tate’s riverside entrance to light and this year’s display certainly doesn’t disappoint. Inspired by the artist’s childhood visits to Blackpool, Burman’s ‘Remembering a Brave New World’ represents Hindu mythology, Bollywood imagery, colonial history and female empowerment all in one technicoloured spectacle.

See the Royal Court theatre transformed into a space for a ‘living newspaper’ this month, an initiative to help those in the theatre industry who have had their careers impacted as a result of national lockdowns. More than 200 artists, actors, writers, technicians, creative designers and choreographers will be working on the project. There are six weekly editions, discussing the issues of our time and featuring everything a real newspaper would, from long-form pieces, cartoons of the week, a weather room, dating columns and even agony aunts. In her own words, The Royal Court’s Artistic Director, Vicky Featherston said the project will be: “Dynamic, political and disruptive.” Interested? Us too.

Wrap up warm and head out to London’s arts and cultural institutions which are re-opening their doors this month! Due to social distancing restrictions, most galleries and museums have reduced their visitor numbers so make sure to book in advance. Our top picks for this month include Tracey Emin’s much-anticipated ‘Loneliness of the Soul’ exhibition, Lynette Yiadom-Boakye’s ‘Fly-in League with the Night’ at Tate Britain, and ‘Artic: Culture and Climate’ at the British Museum.

LCCA Hold ‘Exhibition and Motivational Evening’ with author and entrepreneur 4 Interesting ways to get creative at home 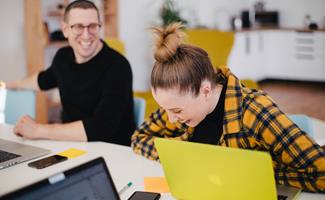 7 things to do before joining LCCA 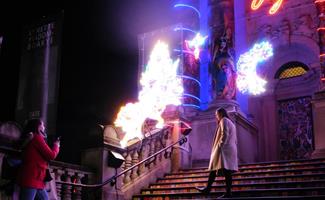