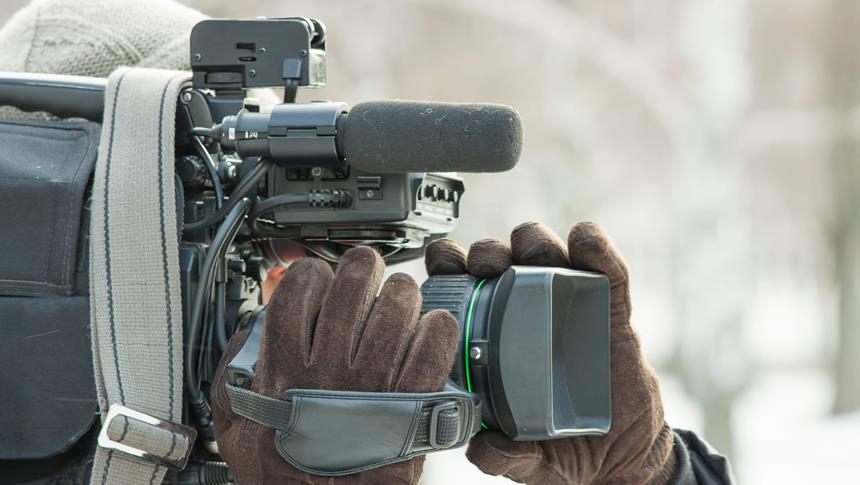 LCCA creative media production student, Yuliya Fytsailo, has not only debuted as the writer, producer and director of her first film, but has also taken credit for composing some of the theme music.

The First True Kiss is a fictional short film, philosophical in nature, with elements of romance and fantasy. Here, Yuliya talks to us about her first production, and everything she learnt along the way.

“In term three we learned about script writing. I started writing a script with the vision in my mind that I will make it my final project,” Yuliya explained.

She drew inspiration from various places, including her favourite book, Thais of Athens, written by Russian author, Ivan Efremov, and even a documentary about the planet’s waste and how people deal with it different parts of the world.

Yuliya invested her time into countless hours of research for this project in order to develop the film. She refined the story using primary and secondary research methods, learnt more about the subject, and found the ideal locations and actors. She even considered effects, film style and colour.

“I knew I wanted to do an inspirational film with beautiful shots, several characters and a pleasant and straight forward story: something rather sweet and poetic, with elements of fantasy and innocence. Something light hearted.”

After months of negotiations and organisation, Yuliya came to realise that there were more challenges she had to face.

Reflecting on what she’d learnt, Yuliya explained: “As a director, one needs to be present and aware in the moment, spot how actors deliver the character and the text, and guide them in the right direction for that specific scene, at the same time giving them the freedom they need to come across as natural and captivating.”

Yuliya’s mum came all the way from the Ukraine to support her during this project.

“She was responsible for set design, location management and catering,” Yuliya told us. “She also helped me make better decisions regarding my final location choices. I wanted diversity in the locations shown on screen and I loved all of my locations at Brent Cross Reservoir.”

The majority of the scenes in the film were set in parks, around water and outside on the streets; there were 15 different locations and 30 scenes to shoot.

“It was challenging to shoot on busy streets and noisy parks where the background noise kept disturbing the quality of the sound,” Yuliya said. “Some of my plans had to be changed because they were unrealistic in terms of time frame, money and location.”

“Creative media production is a very valuable and important process. From the first glimpse of an idea for a movie, to developing it, making it happen, up to post-production, I realised how much decision-making is involved in order to turn this product into an interesting movie.”

“It is very important to understand what [the film is] for, who it is for and how to execute it. Every stage is equally important and has to be done in a high quality manner, with meticulous attention to detail.”

“My journey at LCCA was an amazing experience: exiting, amazing, at times overwhelming and stressful, but full of adventures and a very valuable learning experience.”

Find out what our students say about their life at LCCA.