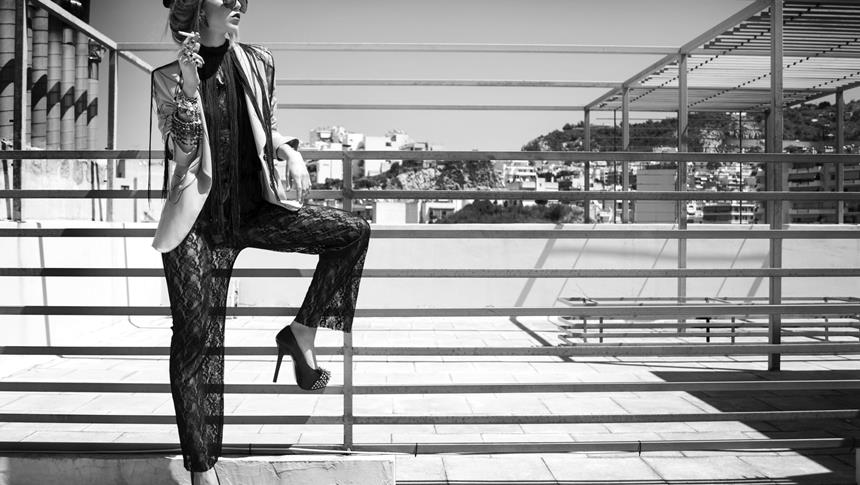 This post will feature some of the fashion industry’s most celebrated pieces of fashion photography. Enjoy the read!

This was shot by Richard Avelon, a photographer known for capturing emotion and personality in his quirky images. The image was captured in Paris, 1955, with the model dressed in Dior.

The image represents beauty and the beast as well as age as Richard Avelon like to show ageing in his photography.

This candid image was captured by Mario Testino, a legendary photographer with a career spanning more than three decades. His good friendship with Kate Moss is well-known in the industry and Moss is known to be his muse.

This image of Moss in front of a mirror, dressed in black and applying make-up was taken in London and was captured unintentionally. It has since then gone on to become one of Testino’s most recognized photos.

This iconic piece was shot in Paris for French Vogue in 1975. The tuxedo worn by the model was taken from the Yves Saint Laurent A/W Pop Art collection.

The photographer, Helmut Newton, wanted to do away with the femininity of the time which was recognised by the Little Black Dress, hence the tuxedo.

This was Newton’s most recognised image.

This magical piece was the brains of Vogue creative director, Grace Coddington, and is known as one of the most ambitious photos she’s done. This edition of Vogue magazine told the story of Alice in Wonderland through fashion and fantasy.

Russian model Natalia Vodianova was selected to play Alice due to her delicate and expressive facial features.

We hope you enjoyed this piece on famous fashion photography. If you dream of becoming the next Mario Testino, apply to LCCA’s Digital Fashion Photography and Photoshop course today.