What is the difference between augmented reality and virtual reality? 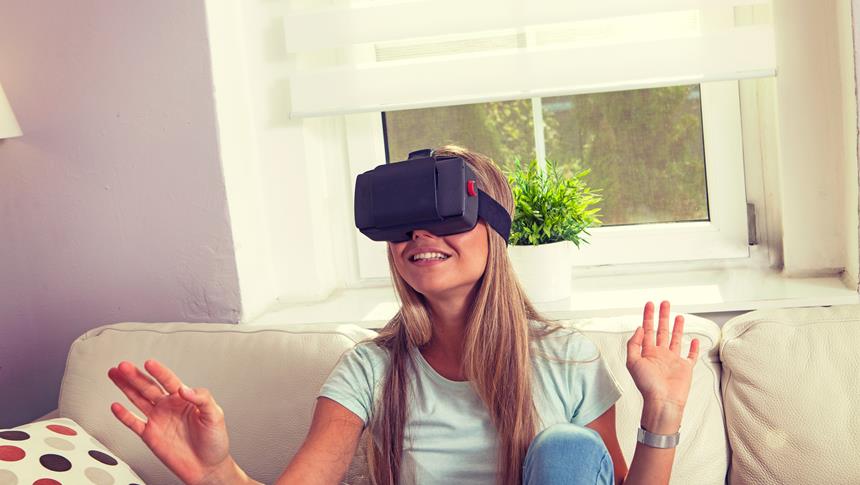 Augmented reality and virtual reality are both really taking off. Learn more in this week’s blog.

Imagine you are in Old Trafford watching Manchester United play, during half-time you take out your phone to play Pokémon Go, and then you see a Pikachu running around on the football pitch in front of you, on your phone! This is augmented reality.

You are sitting at home feeling bored, but then you put on a pair of virtual goggles and voila! You are now in an alternate dimension where you are fighting dolphins for the control of the universe. This is virtual reality.

Read the blog post below to get an in-depth idea about these engaging concepts.

What is augmented reality?

Augmented reality can be divided into several categories, such as:

How does augmented reality work?

The primary goal of augmented reality is to introduce computer-generated items into the actual world which can only be seen by the user. In AR applications, users can see two kinds of light—natural and artificial. This is because the images are projected on top of see-through glasses, which allows users to view the actual world with the augmented one. Unlike the Oculus Rift, Samsung Gear VR or other virtual reality devices, AR devices do not require any desktop, laptop, or cable to function.

AR can be portrayed through a number of devices such as glasses, screens, and hand-held devices.

Google Glass is one of the most popular AR tools present currently. These augmented reality glasses or goggles put AR directly on the faces of users. Hand-held devices have small displays, so AR is modified to fit in those screens as well. Soon there will come a time when AR devices will require little quantity of hardware and would start being applied to small things such as virtual retinal displays and contact lenses.

However, AR still requires certain hardware components, such as:

What is virtual reality?

Virtual reality (VR) refers to computer-generated realities that are designed to simulate a person’s physical presence in a specific environment. The primary aim of VR is to enable users to experience virtual environments as if they were real.

VR makes it possible for users to experience any type of environment. It is an immersive technology that humans can enjoy through various types of VR tools such as VR headset, VR glasses, VR games, iPhone VR, and virtual reality 3D headset.

There are several types of VR. Take a look at these categories:

How does Virtual Reality Work?

Virtual reality, in a layman’s terms, means complete immersion, in which users’ sensory experiences are so simulated that they forget it is a virtual environment. They begin interacting with the environment as if it actually exists in the real world. A virtual reality setting may simulate scenarios such as swimming in the sea, flying in the air, or even fighting aliens.

Take a look at some of the key elements of virtual reality:

How to differentiate between augmented reality and virtual reality?

Take a look at the differences between AR and VR:

If you are interested in learning augmented reality and virtual reality, London College of Contemporary Arts (LCCA) offers a course of HNC/HND in Computer Game Animation.

This text was written by Varun Mehta and edited by Anisa Choudhary.